Jobs in Government of Pakistan (Govt)

Find latest govt jobs in Pakistan 2020 today on PaperPK in different departments and ministries of government of Pakistan. Governments of provinces like Punjab, KPK , Baluchistan and Sindh and big cities like Lahore , Karachi Islamabad , Peshawar , Quetta from different newspapers like Jang , Dawn, Nawai Waqt , kawish and News in sectors like engineering , Accountants , Bankers, officers , technical and helpers jobs.PaperPk has complete listing of government jobs in Pakistan to register and apply online by registration forms 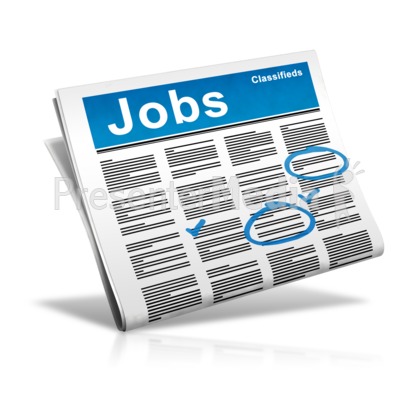 In Pakistan still most of the jobs are published in newspapers, so we can say that newspapers are still the biggest medium of providing jobs specially in government sector. Paperpk has collected all newspaper jobs at one place for job seekers of Pakistan fron Jang , Dawn Express , Nawai waqt , Mashriq and Kawish newspapers. If you are searching a job in Lahore , Karachi , Islamabad , Rawapindi, Guranwala , Faisalabad , quetta , pershawar or any other city in Pakistan or abroad then don't miss the ads advertised in jobs in pakistan newspapers section today.

Latest jobs in Pakistan Government 2020. Paperpk Provide All Latest Jobs Ads In Federal Government. Government of Pakistan is a federal government established by the Constitution of Pakistan as a constituted governing authority of the four provinces of a proclaimed & established parliamentary democratic republic, constitutionally called the Islamic Republic of Pakistan. Effecting the Westminster system for governing the state, the government is mainly composed of the executive, legislative, & judicial branches, in which all powers are vested by the Constitution in the Parliament, the Prime Minister & the Supreme Court. The President acts as the ceremonial figurehead while the people-elected Prime Minister acts as the chief executive (of the executive branch) & is responsible for running the federal government. There is a bicameral Parliament with the National Assembly as a lower house & the Senate as an upper house.Federal Government jobs in Islamabad 2020 Pakistan and all other private and federal govt jobs in Pakistan on paperpk jobs blog. All latest paperpk Jobs in federal government published in newspapers ads are provide here in scanned form searchable by date. Latest federal jobs collection like teaching , medical and CSP officers from all cities of Pakistan specially from Karachi , Lahore, Islamabad , Rawalpindi, Peshawar , Quetta and Multan printed in Dawn , Jang , Express , Nawa-i-waqt , news and all other local and international newspapers from Pakistan.

Find the latest govt jobs in Pakistan on PaperPk.com with apply method last date to apply and documents requirements. Now its easy to apply for the posts announced by pk govt by knowing the real requirements and method to apply . If you are looking for respect and power in Pakistan then opt some government vacancy .

Government of Pakistan role as Recruiter

In Pakistan the largest opportunities of jobs are associated with the govt bodies as these are the greatest employer at the moment in Pakistan. Government Jib or Sarkari Nokri provides you with a secure future as there is no risk associated with shutting down of the Government Companies or bankruptcy of the Government Companies and Institutions. The Salaries of govt Jobs are also higher as compared to the private sector jobs along with large number of monetary benefits and other sort of entitlements associated with the government jobs. In addition to salary Provincial and local government Jobs provides the employers with monthly compensation of fuel, educational allowance for the children and allowance for utility bills along with providing the employee with travel expenses as well.

Paper PK is one of the biggest online portal that its most reliable and prompt way of getting information about all the Ggovt noukri that are right now available in Pakistan. There is an easy approach to view the list of all the jobs that are currently available in the government sector along with all the credentials and requirements of the job that you must fulfill in order to apply for that particular job.